Problem I wanted to solve

As I was working on my rendering tool I’ve stumbled across a rendering bug that I couldn’t explain. Basically it looked like rays were refracting inside a diffuse sphere instead of reflecting at its surface: 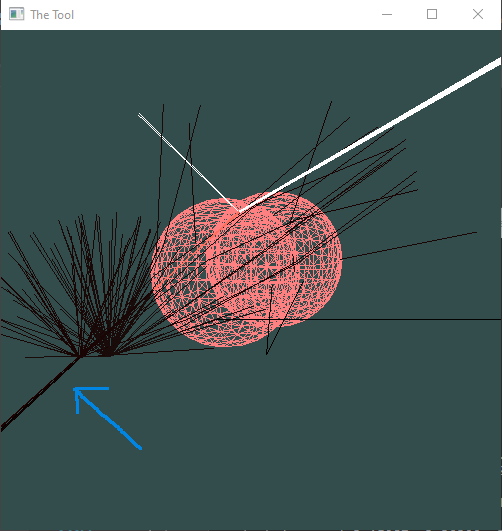 How I used to solve this problem

Usually when I find such an issue I go through the following process to identify the cause:

Limitations of this approach

Rendering events to the rescue

One of the goals I had for my new project was to implement more advanced materials like subsurface scattering and microfacet model. I knew from the start I will be debugging rendering bugs and wanted to try a better approach this time.

The idea I had was to design the renderer such that it’s easy to toggle debug printing without cluttering its code too much. For instance, here is the main rendering loop, inspired by this stackoverflow post:

By looking at what the renderer is doing, I’ve identified the main rendering events that may happen for each sample and that could be used to understand what’s going on with the renderer:

To support these events without cluttering the renderer I created a callback class that I pass to the renderer:

I can publish events as simply as:

One of the main benefits of this new approach is that if I know what I’m looking for I can write a callback to find if and where it’s happening. In this case I want to identify all cases where a ray goes through the floor sphere (I can make it more generic and handle all diffuse objects, but let’s start with this one).

The core of the callback is the following check:

Basically the callback has a target object name, floor in our case, that we know shouldn’t allow rays to go through it. If any ray hits the object from the inside it will be flagged as buggy. The rest of the code allows us to run the callback with various levels of details.

Wow! that’s a lot of buggy samples. Let ‘s run it again with verbose = true, stopAtFirst = true and this time we get the first sample that has a bug:

At this point, the events change already paid for itself! not only I confirmed my renderer was buggy, I had already narrowed down to a specific sample to investigate.

In general, being able to see the buggy sample path can help get a sense of the problem or at least give hints for areas to investigate further. I have another callback that I can use to construct a series of path segments:

This callback is a bit more complex the not that much as long as you know the order of the events that are expected:

With this callback I got the following render: 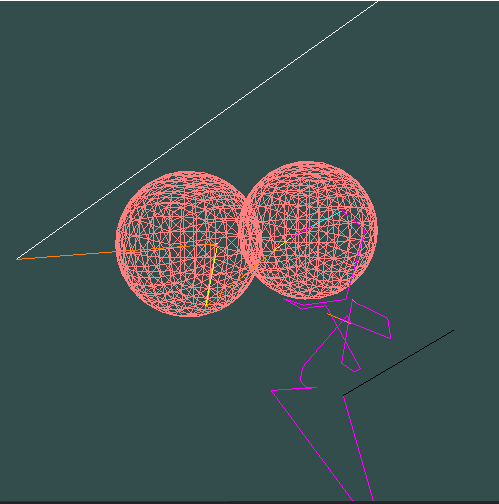 It’s hard to tell what’s going on from a still image, but in my tool I can move the camera around to get a better sense of what happened. Here is what this image tells me (keep in mind that the floor is not rendered to not clutter the image):

This is great as we narrowed the issue further. Whatever is happening it has to do with how I handle mediums.

Now that we know which sample to investigate, we can use another callback to print a trace of all of the sample’s events. The callback is simple enough and can either just print the event names or a more verbose “digest” by delegating it to the event itself:

Running this I got the following trace:

This is not the whole trace (the sample has a total of 36 bounces) but looking carefully through the trace we can see the following:

Looking at the I immediately found the issue that I somehow never noticed before:

Fixing this and running dbgfindgothroughdiffuse callback for the whole image, it now reports this:

That’s awesome, I only have two buggy samples now. Following the same approach as described above, I tracked and fixed both issues in a couple of hours (they were a bit more complex but both related to my medium logic). At this point, not only I was able to fix 3 bugs in a few hours, I also have an easy way to validate that this bug won’t happen again.

You can find the full source of my current side project in my github repository.